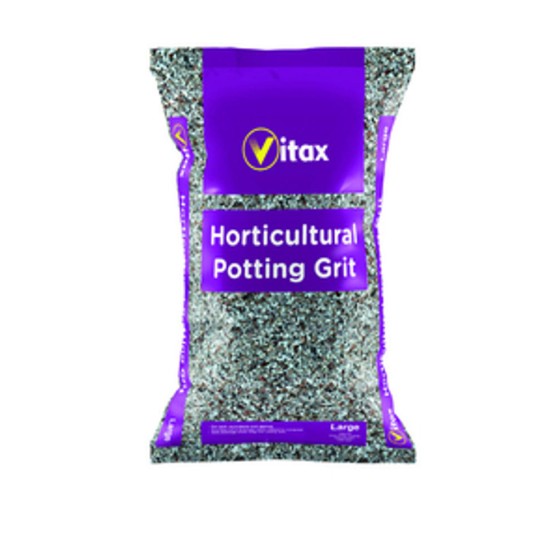 A fully versatile product, Horticultural Potting Grit is lime-free and can be used throughout the garden.

The perfect accompaniment for cacti, succulents and alpines

This horticultural grade grit is a gardener’s favourite as it can be used to complete many jobs around the garden.

Drainage in heavy or clay-based soils can be instantly improved by adding Horticultural Potting Grit. Simply dig over the soil and incorporate the potting grit.

The tiny pieces of grit then create air holes so water can drain through the soil more efficiently. The newly created pockets of air also aid root growth as the roots now have room to expand.

Horticultural Potting Grit is also used to weigh down plant pots and containers, as well as used as a top dressing for newly planted patio and ornamental plants.

You May Also Need These